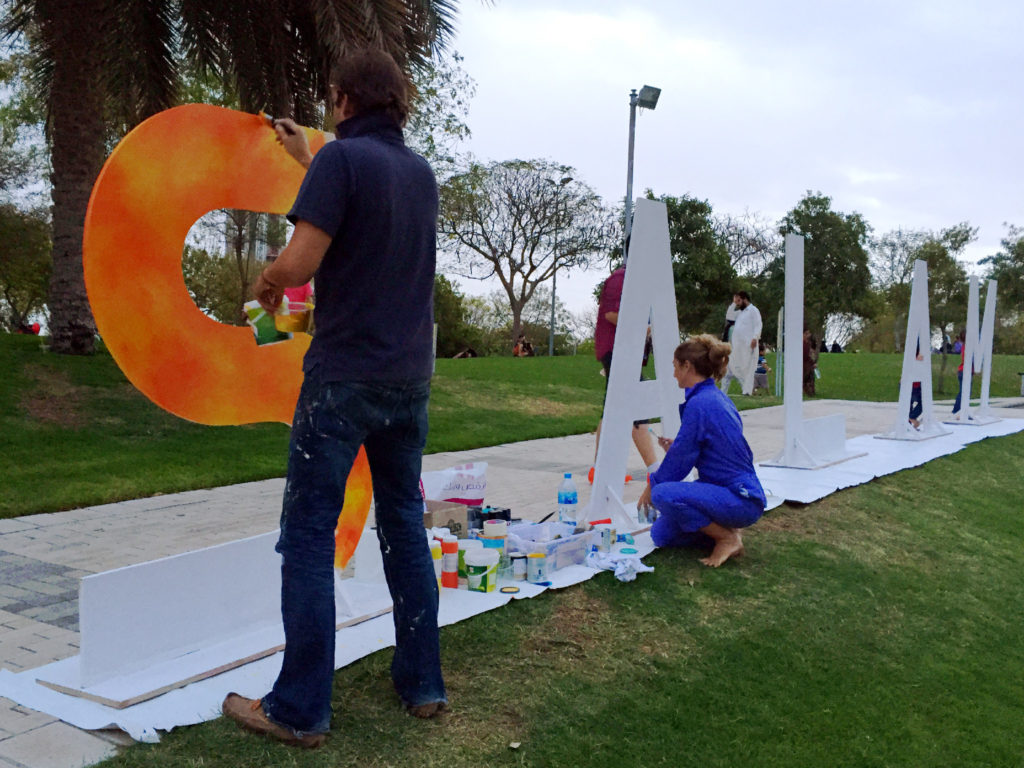 The non-profit music festival aims to promote peace and cultural tolerance amongst the youth and to present a more positive image of Muslims to the rest of the world.

The concert is organised under the patronage of Sheikh Mohammed Bin Rashid Centre for Cultural Understanding, by Hamida Aman, the General Manager of Guru Production, a Dubai Media City production company.

The centre supports community events, but this was the centre’s first community music project.

Nasif Kayed, Managing Director of Sheikh Mohammed Centre for Cultural Understanding said: “We are all for any good cause that promotes peace between mankind, we are a non-profit organisation ourselves and always count on the support of our friends out there.”

Hamida Aman, Owner of a production company and radio station in Kabul, Afghanistan has organised a similar peace concert in Afghanistan two years ago.

“In 2013, I had a concert in Kabul for peace, where artists from neighboring countries performed in Kabul. It was very successful without any security problems.”

Since 2010, Aman has been based in Dubai as the General Manager of Guru Production, but she still visits Afghanistan regularly.

Hamida thought that it was the right time to bring the project to Dubai after a recent trip to Europe. She noticed the mainly negative perception that the West had of Muslims.

“I was very shocked that they had such a bad image of the Muslims,” she said.

The festival brings together artists from different cultures and backgrounds to communicate a positive message about Muslims and encourage peace and cultural tolerance.

“For me Dubai is one of the best places to celebrate togetherness. Here, all communities are living together in peace and harmony.”

Aman’s personal experience as a refugee in Switzerland for half of her life strongly inspires her peace-focused projects and initiatives.

“Because I know what war is, what is destruction and what it means to be a refugee and to go in exile, it’s important that we keep fighting to avoid this for future generations,” she said.

“My generation always lived in war and exile, and I don’t want this to continue happening in other places.”

“This is the first one in Dubai, and I hope that I will manage to bring it to Jordan, Lebanon and to Cairo eventually – to make a caravan,” she said.

The non-profit initiative will continue to spread the message of peace, and will always be for the community.

“The concert is for a cause and I want to keep it like that,” Hamida says.

A short video recorded at the venue while Indian Reggae band, Delhi Sultanate were performing on stage at the “Salam Aleikum” music festival at Zabeel Park on Friday: